Is Airbnb still legal in Germany?

For many years, Airbnb was the first address for holiday renters, professional and business travelers due to its high level of awareness. Booking through Airbnb was ideal for renting holiday apartments by the day. For a longer rental period, however, the apartments offered were often too expensive.

Airbnb hotels are taking housing away from the market

However, the legal situation in many cities has changed fundamentally over the past few years, since regular Airbnb hotels have now been built in buildings where there are no longer any tenants. Entire inner city districts are affected, to a considerable extent caused by the legally questionable rental models of providers via Airbnb. It is often no longer the case that private hosts rent out, but in the meantime extensive commercial structures have formed, which take space away from the housing market and force a large number of traditional tenants out of their apartments.

In order to stop this uncontrolled growth on the real estate market, the municipalities have received a uniform set of rules including fines and new instruments. Renting through Airbnb is no longer legal in these cities due to bans on misappropriation. Living space is always misused when it is used in a way that differs from its purpose. Only a few landlords still have a permit from the city for short-term rentals via Airbnb. In Berlin, Hamburg, Cologne and Munich, fines of up to 500,000 euros are now being levied for misuse of living space.

Airbnb is often used by scammers

In addition, Airbnb is often used by scammers to lure people looking for an apartment with fake ads and collect down payments from them. The supposed landlord then disappeared and the guest has little chance of recovering his money.

The ban on short-term rentals via Airbnb to holidaymakers is a major issue across Europe. In September 2020, a ruling by the European Court of Justice (ECJ) caused a sensation: In the fight against a lack of housing, the short-term rental of regular rental apartments via platforms such as Airbnb may be prohibited.

On Thursday, August 29, 2019, the Düsseldorf city council passed a tightened housing statute. He thus prohibits the short-term, i.e. daily rental of holiday apartments via providers such as Airbnb.

A short-term rental is when the living space is often rented out for a short time and more money is earned than through a regular rent. Such rentals are now strictly prohibited in the future. Violations can be punished with a fine of up to 50,000 euros. However, special permits should be possible.

In addition, according to the new statute, apartments should not be vacant for longer than six months. In the case of a renovation, the period is extended to one year. The changes are intended to relieve the Düsseldorf housing market.

In an open letter to the council members, the "Alliance for Affordable Housing" criticized the fact that there is a lack of apartments in Düsseldorf that are affordable for people with low and middle incomes. The council members were asked to tighten the housing protection statute. In addition, the city of Düsseldorf should get additional staff to be able to monitor compliance with the new rules.

Illegal rentals are those that have not been approved by the city since the housing protection statute came into force in 2014. An estimated 7,000 apartments are offered via the Airbnb platform. Such rentals deprive the citizens of Cologne of living space. As a consequence, the rental prices for the other apartments are rising. The city of Cologne even speaks of organized crime and wants to stop the abuse of living space.

The city of Cologne has declared war on providers who offer entire apartments or even houses for holiday guests. Mayor Henriette Reker now wants to check whether the fines for illegal rentals should be increased from the current 50,000 to 500,000 euros.

The city has now increased the number of people responsible for housing supervision. Since the entry into force of the housing protection statute in July 2014, 470 procedures have been initiated for misappropriation as a holiday hostel. This affected 1423 residential units. In the future, the housing inspectorate will work even more closely with the tax office, the regulatory office and the building inspectorate. In addition, the city will draw the public's attention to the problem through an information campaign.

Frankfurt has been fighting illegal holiday apartments since 2013, initially on the basis of the Hessian building code. In 2018, a holiday home statute came into force. Apartments can be rented to tourists for a maximum of eight weeks per year and landlords must apply for a permit.

In Berlin, renting private apartments to tourists has only been possible with permission since 2014. In 2018, the regulations were tightened and a registration requirement was introduced. Providers of holiday apartments are legally obliged to provide a clearly visible registration number, especially for advertisements on online portals. Anyone who does not comply with the new rules must expect fines of up to 250,000 euros. Apartment advertisements without the number are against the law. Portals are no longer allowed to place such ads online or must delete them. The House of Representatives passed the new version of the Misappropriation Prohibition Act on November 1, 2021.

Stricter rules will apply to rental portals such as Airbnb in NRW in the future. The state parliament passed the Housing Strengthening Act on Wednesday. In municipalities that have passed or are still passing a misappropriation statute due to a shortage of housing, uniform rules for short-term rentals will apply from July 1, 2021.

Long-term rental to short-term tourists is limited to a maximum of three months a year. From July 1st, 2022, landlords will also need a housing identification number from the municipality. Anyone who does not have a housing ID should no longer be allowed to upload a rental offer on a platform such as Airbnb.

Since the supply of living space in the holiday resorts on the coasts has become very scarce, the state parliament passed a misappropriation law on April 14, 2021.

On February 16, 2021, a stricter law on misappropriation came into force in Baden-Württemberg. Landlords who violate the approval requirements must expect penalties of up to 100,000 euros.

In Rhineland-Palatinate, a state law prohibiting the misappropriation of living space came into force on February 20, 2020.

As early as 2017, Bavaria decided on harsh penalties for misappropriating living space. Here, too, fines of up to 500,000 euros are threatened if apartments in areas with a housing shortage are permanently withdrawn from the market.

Are bookings at Alloggia.de legally permissible?

As a regionally based company, we have to comply with German laws. When answering the question, one must first differentiate between the individual types of accommodation:

As the Alloggia booking portal, we take particular care not to publish any illegal apartment advertisements. Our commercial and private landlords all have an official permit to rent out holiday apartments, provided that it is required by a corresponding housing statute in the respective municipality. Incidentally, private landlords usually do not require official approval if they rent their holiday home to people who are not tourists, are looking for an apartment for professional reasons or for training purposes and the rental period is at least 2 months (temporary living).

Renting temporary furnished apartments to people who want to work in the city is not illegal. The German Civil Code explicitly allows landlords and tenants to agree on temporary living and to specify an individual rental period in the temporary rental contract, cf. § 575 BGB.

Indefinite leases do not always make sense for tenants and landlords. In such cases, fixed-term leases are a good alternative. Colloquially, these are mostly furnished apartments. However, the limitation of the rental period must always be justified in these cases. According to § 549 (2) BGB, this does not apply if the living space is only rented for temporary use.

- the rental of hotel rooms and holiday apartments,
- accommodation for the duration of a fair,
- Accomodation of external project employees or fitters until completion of the work objective

In all other cases, the limitation must be justified in temporary rental contracts.

In the case of temporary leases, it should also be noted that the end of the lease is clearly defined and there is no entitlement to continuation. Tenants must therefore leave the apartment at the end of the contract if no further rental contract is concluded. 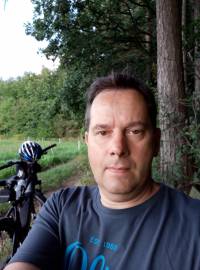 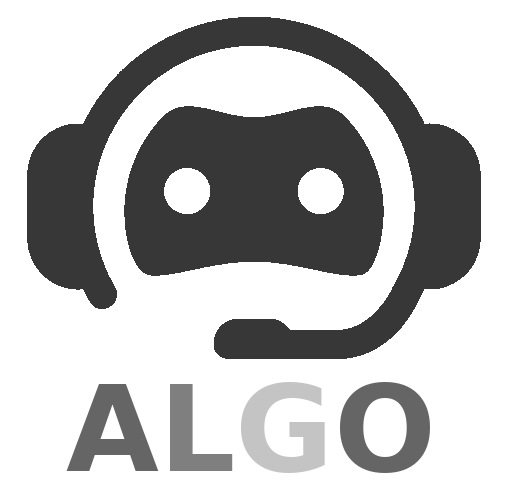